You can add HTML directly into this element to render on the page. 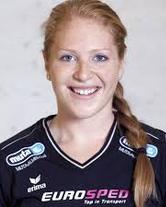 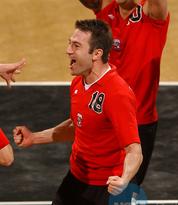 Texas One Volleyball is striving to become one of the best volleyball training organizations in Texas. In keeping with this commitment, Director Jay Chae is pleased to announce the hiring of J.R. Martins as Texas One's master coach and the Director of Youth Development.

“I’m happy to have Coach Martins joining Texas One.  I set out to accomplish a goal when I started Texas One, and that goal is to provide our youngsters with the highest quality volleyball training in the region and offer them an environment where they can freely reach their dreams.  J.R. Martins will deliver precisely that."  Martins, a Brazilian, brings his country's model of practice that stresses fundamentals.  "Teaching young athletes proper volleyball techniques from the very beginning is critical, and I have full confidence that Martins will enrich and elevate our youth program."

Coach Martins brings a wealth of knowledge and experience in coaching youth and college athletes.  Prior to his arrival at Texas One, Martins was the head coach of the New Jersey Institute of Technology (NJIT) women's volleyball team for five seasons after serving as an assistant for both the men's and women's programs.  In his first season as the coach of the NJIT Highlanders in 2009, the team finished first in NCAA Division I ranking for total team digs.

Martins was a four-year volleyball letterwinner and a team captain at Lewis University.   During his time at Lewis, he served as team captain while earning a spot on the dean's list for eight semesters.  At Lewis University he played as a setter and helped his team to a NCAA Division I championship title in 2003.

After graduating from Lewis, he dedicated his time and expertise to coaching volleyball at the collegiate and club level in Brazil and United States.

We are very happy to announce Kate Morrell as our new coaching staff to Texas One Volleyball.

"I want our young players to receive the highest volleyball training from the most experienced volleyball players/coaches in the world. Kate Morrell is a professional volleyball player who understands what athletes must do in order to play at the highest level and and can deliver that training here at Texas One," Director Jay Chae said.

Kate Morrell recently finished her professional European League tour. From 2015-2016 Kate Morrell played for VBC Cheseaux in the Swiss league. She was earned the distinction of top scorer for the team and 6th overall top scorer in the league.

From 2013-2015 Kate played for one of Europe's top professional teams, Eurosped TVT in the Netherlands.  From 2014-2015 she also played for the Twente Cup Champions and 2015 League runners up.  Kate lead the league in receptions in the 2015 play offs.

Before she began her professional career, Kate played for University of Alabama at Birmingham from 2010-2013 where she earned many accolades.  Kate was Co-captain for the 2013 squad and played sand volleyball in 2012 and 2013.  She was a member of one of the NCAA teams to play in the inaugural season.

In 2009 Kate played for Hutchinson Junior College where she earned second-team all-conference honors.  Kate helped guide her team to a ninth-place finish in the 2009 NJCAA Championship and posted more blocks than any other player at the national tournament. Rounding out her university accomplishments, she was an academic Dean's List selection.

I’m extremely thrilled to have Kate join our team and help shape our athletes. With her determination and passion for the sport I know she can help form Texas One's next championship team. 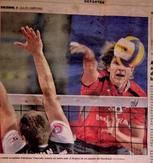 as Head/Master Coach at TOV.

“We are making history here at TOV.  We are extremely excited to have Vladimir as our Head/Master Coach,” states Director of TOV Jay Chae.  “What impresses me the most are his professional accomplishments.  He has won so many championships you wonder how one person can achieve all of that.  More importantly, I’m super thrilled that a World Champion player and coach will teach our athletes.  Our ladies will learn all the secrets from one of the world’s best volleyball minds.  They will be coached, taught and trained to be players at the highest level.”

Vladimir carved quite a legacy as a European Volleyball champion.  Vladimir started playing volleyball as a youth.  His skills developed quickly under the tutelage of the best European coaches. He began pursuing his volleyball dream by playing on professional teams at a young age.

In 2009, Vladimir played in the All-Star Volleyball World Game against the Russian Super League Stars and played alongside with Clayton Stanley, Lloy Ball, Richard Lambourne, William Priddy and Kevin Hansen, and other internationally renowned players.
He continued his career as a professional volleyball player until 2012.  After retiring from playing professionally he worked as Head Coach for Lokomotive Kharkov B Team in Ukraine before he moved to the United States early this year.

“Vladimir brings a championship mindset, as well as the high level playing ability that made him one of the top volleyball players in the world,” says TOV director Jay Chae. “He has experienced the sport of volleyball at the highest level, and I want that here at Texas One Volleyball. Vladimir also shares our vision and determination to help our athletes develop in all aspects of their lives.  We welcome him to our TOV family and are looking forward to sharing his vast knowledge of this sport with our youngsters.” 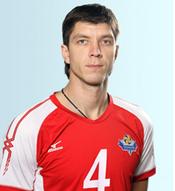 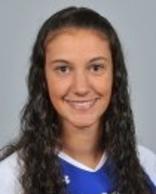 During her three-year playing career at University of Tulsa Krietemeyer helped lead the Hurricane win NCAA conference 3 years in a row and reached second round twice. At her senior year of 2013, Krietemeyer was named the Conference USA Defensive Player of the Week as she tailed a career-high seven blocks, 10 kills and had a .450 hitting percentage. She also received University of Tulsa Student-Athlete of the week in October 2014 and achieved Conference USA Commissions Honor Roll three years in a row from 2011-2013.

Along with her collegiate career, Krietemeyer has also worked at camps in Tulsa since 2010 as coach and mentor helping young athletes learn the fundamentals, proper techniques, and advance skills.

When talking about Krietemeyer's role with the coaching staff at TOV, Director Chae said "I had the most pleasure speaking with Miriele. She was down to earth and yet displayed sincere commitment to teaching proper volleyball to young athletes. I believe Miriele will be a great asset to our club and looking forward to her contribution to achieving our goal."